Lessons from the WiMPs who created TIDAL

This text is intended to shed some light of the early mistakes at WiMP (now TIDAL) and how the Norwegian startup ecosystem can avoid some of the same mistakes. 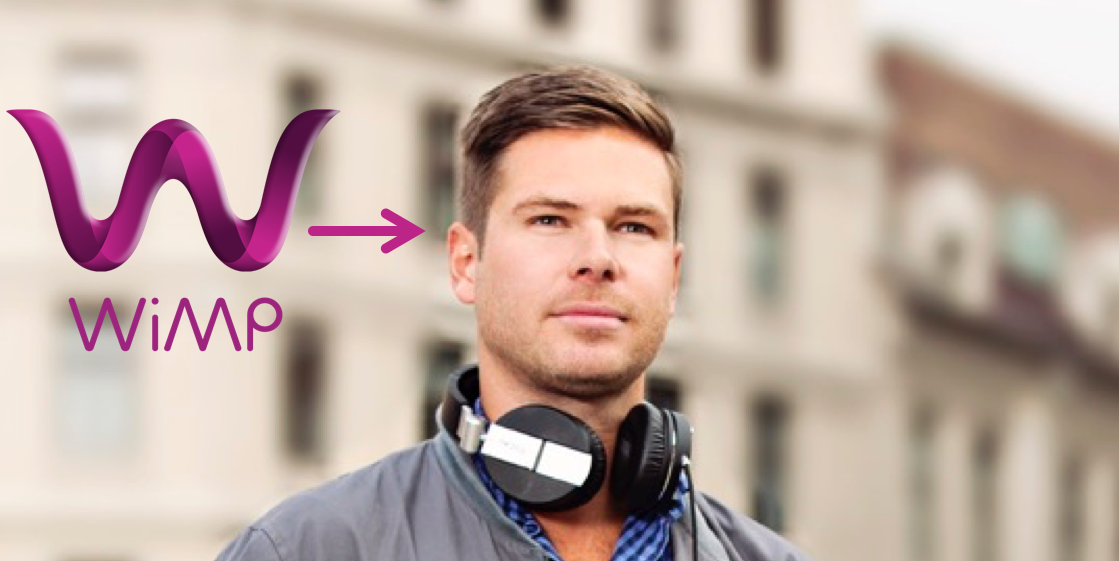 This article was written a couple of months ago, but never published. On the back of the recent unfair (Thank your for the added vocabulary, Donald) article from Bloomberg, the claim from DN that TIDAL has been inflating its subscriber numbers, mentioned by Engadget here, and the recent acquisition by Sprint, it was due time to publish it.

Hope you’ll enjoy it, and that you’ll learn something.

Lessons learned from the WiMPs who created TIDAL

I and my cofounder at Unacast, Thomas Walle, were part of the founding team at TIDAL. Since Jay Z acquired the company it’s been more than 99 problems for the music streaming service. It is easy to pin all of that on Jay Z, but truth be told some of the problems started long before, in 2008 to be specific, and Thomas and myself was very much part of the problem.

Back then, TIDAL was called WiMP (short for Wireless internet Music Player) and it was being developed in Norway. Around the same time and just across the border in Sweden, Spotify was embarking on their global journey.

With Spotify having recently passed 40 million paying subscribers, I think it’s worth relating from a founding WiMP’s point of view how two companies with such similar roots could have taken so very different paths, and why Jay Z’s stardust alone couldn’t fix TIDAL’s problems.

At the time Norway had a WiMPy startup scene

The startup ecosystem in Norway was still immature when we were developing WiMP. Looking back, it is clear that this negatively impacted the company because, make no mistake: Spotify didn’t just appear out of nowhere.

The founders Daniel Ek and Martin Lorentzon had previous wins with Stardoll and TradeDoubler and could fund Spotify’s initial growth spurt from their own pockets. The Swedish startup ecosystem of the time was much more mature than Norway’s and there were already lots of serial entrepreneurs, investment capital and a passionate culture focused on building user-orientated tech companies.

In Norway there was oil and a massive public sector. So, when we started WiMP, we were on our own. We had very little experience building a global company but we learned rather quickly how not to. In reflection there are a handful of lessons learned from WiMP that are worth passing-on. Most of them are about not repeating the same mistakes WiMP made.

WiMP was a tech company but we didn’t treat it like one. Rather, it was founded in commercial strategies, so technology was the enabler and not the driving force. Initially, WiMP was built on the Adobe Air platform to make it easier and cheaper to launch and support code across all platforms. Unfortunately, this ease of deployment comes with speed and latency issues, so developers/customers/everybody hated it.

And yet, we robustly defended Adobe Air from a cost-benefit perspective. Over time, more people were hired and trained to work with Adobe Air, more code was committed and it became more difficult to abandon the platform. Had we been a true technology company, we would had trusted our developers and our market and gone another path.

The WiMP management team was smart but being smart only helps when asking questions you already know to ask. Our downfall was the questions we didn’t know to ask. Our team was largely from the mobile content industry and I came from the music industry. None of us knew much about the global tech scene, or how the process of founding, funding, fueling and proliferating tech companies like ours was changing  -  if you can add these competencies to the team, it’s not a problem. But we didn’t.

As we grew, the team stayed much the same, with no advisory board, no external investors, no internationally-experienced staff… so, as the world around us grew smarter based on accumulated experience, we stagnated. In hindsight, it’s clear that we should have sought out more external guidance, personnel and funding.

Vision must be vast

WiMP built a music streaming service that would help move the world from transactional, file-based purchases to an access-based model, and of that we are proud. But we failed to fully appreciate the effects of this. If we had truly understood the future impact of what we were doing  - that this was not just a Scandinavian phenomenon but a global one  - our decision-making and actions may have been different. Our vision was narrower when it should have been vast.

In some ways, WiMP went global, or at least glo-cal. We launched in Norway before going into Sweden, Denmark, Germany and Poland, all before the Jay Z acquisition. The plan was to launch in more countries but we moved so slow that, by the time we were in five countries, Spotify had launched in 15. That gap kept growing exponentially. As soon as the model was proven we should have aggressively expanded into bigger global markets.

And while on the subject, don't pick a brand name that is offensive and negative in most markets. Just don't.

WiMP was owned by Aspiro, a public company. Due to this structure the act of raising capital was different than Spotify’s, but that wasn’t the real issue. Our problem was that we didn’t understand the nature and importance of raising funds to fuel growth. It was a world unknown to us but even if we had understood the need to grow fast, we were hamstrung by the need to make each national market a positive case before taking-on another. That may seem like a smart way to build a sustainable company but it won’t work if time is an issue (and in global tech, time is always an issue). We spent our days worrying about securing licenses from record labels; we should have worried as much about continuous access to capital.

Boldness must be absolute

You don’t build something from nothing and change the way the world listens to music without a bit of faith and a bit of crazy. Looking back, I’m not certain that WiMP believed enough in what we were doing, or that we were the ones to do it. We lacked that blind boldness that just propels you to go through any obstacle you meet.

The legacy of a WiMP

If we had been bolder, put more trust into our technology and invited the experience and capital we didn’t have, WiMP may well have gone global and the script on TIDAL might read very differently than today. In fact, we may never have sold.

But we didn’t do those things and I’m glad for that.

Without the lessons learned at WiMP, Thomas and I would never have founded Unacast. We would not (again) be standing at precipice of a vast global market, now battle-hardened and better equipped to win.

We also take comfort that WiMP’s failure has helped to usher in a more mature startup ecosystem in Norway, where both the rate of funding deals and the pool of capital available to early-stage startups are growing quickly. This evidence and our own experience tells Thomas and I that things there are going in a better direction.